Whats up DGC! I have been listening for a long time, but just recently became a member. First off, this community is awesome and full of a bunch of amazing growers and knowledgeable people willing to share what they know! So with that in mind, I feel obligated to make sure that y’all have been introduced to HEAVY 16.

(The following taken from heavy16.com)

“HEAVY 16 utilizes a cascading delivery system with multiple nutrients that have no charge out of the bottle and therefore won’t register on an EC or PPM meter. These neutral organic minerals have a potent nutritional value that becomes available to your plants over time. Hence, we prefer to use specific dossing increments (mL) per gallon to measure fertility versus PPM’s.

Because Calcium is directly proportional to yield, HEAVY 16 provides vast amounts of Calcium through a cascading delivery system. Calcium is a divalent cation, meaning it has two positive charges and has a tendency to stick magnetically to the negatively charged plant exterior. HEAVY 16’s multiple forms of neutralized calcium in our VEG/BUD and HEAVY FOLIAR overcomes this challenge, ensuring ample Calcium is available to the plant.

HEAVY 16 is developed on an organic acid pH scale, as opposed to the common mineral acid pH scale. Because of its buffering or “friendliness”, organic acids allow for optimum microbial development. Hence, HEAVY PRIME is not only a microbial feed, but also an organically-functioning pH regulator. “

I am no longer running Heavy 16, though thats not by choice! To introduce myself a little bit, I am a home grower turned commercial here in the evergreen state of Washington.

A couple months ago, I finished a run of about 12 harvests using the Heavy 16 product line and I must say, the quality produced raised my standards. Switching from botanicare to H16 in a 20 light operation was the best decision that had ever been made in that garden (no longer set up). It allowed me, the solo-grower, to run the entire operation with EASE.

The operation in a nutshell:

I began to run the operation after it had been in use for years. Old bulbs, old filters, unreliable environment controllers, inadequate AC and Dehu…. lets just say I didn’t walk into a growers paradise.

Despite this, my first harvest with H16 was just above 1lb per light, (not great, but better then the results botincare was giving me). As I started to dial things in, weight and quality steadily went up with the same genetics. Within 6 months I am am averaging 15 pounds a month, thats 1.5 per 1000w without co2 supplementation, worn out equipment, and inadequate control over my environment, (and trust me, I ran into many issues). I ran their complete nutrient line, and all I added to it was Orca for an inoculant, and botanical’s compost tea for a more well rounded dose of organics and beneficials (and because I had gallons left over).

WHAT DID I LOVE MOST ABOUT THESE NUTRIENTS?

Anyone who uses H16 will say that there favorite bottle is the PRIME. Prime is loaded with support for microbial life (though there is no life in it, simply pick your favorite inoculant) as well as 90+ trace minerals, Humic/Fulvic chelators, plant and kelp extracts, Aminos, B-Vitamins, 6 forms of potassium, silica, and more.

“Prime acts as a Ph regulator taking one step out of your routine, If your source water is roughly between a 5.5 and 8.0 on the pH scale, PRIME’S complexion will naturally titrate the pH, eliminating the need for hard acids in the garden. “

You read that right… NO NEED TO PH YOUR RES!

My second favorite bottle was the H16 Foliar. I had never used such a complete foliar nutrient in the garden until this one, and the results it gave me every time was astonishing. I love optic foliar products, but I have to say that I am going to reach for the H16 foliar FIRST. It delivers complete nutrition including another wide array of over 90 trace minerals, and 4 forms of cascading calcium. It increases photosynthetic rate, tolerance to environmental stresses, and provides a protective layer acting like a bio-film to prevent pathogens from being able to latch and spread. Also, the combination of Calcium and Amino’s is a proactive route to pest management. AND IF I DO RUN INTO A PEST PROBLEM: H16 FOLIAR CAN BE MIXED WITH PESTICIDES, FUNGICIDES, SOAPS, OR OILS.

So there you have it!

I would love to hear from others using the H16 line.I try not to be a big H16 fanboy, but I’ll be damned if i can’t help myself!! 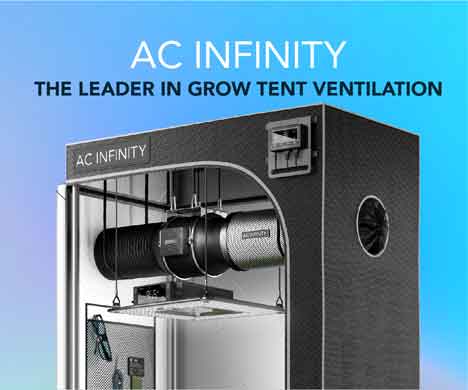